Mariam is a Libyan girl with an unknown parent who chose to escape the hell of suppression to a condemned life in Tunis, after suffering from her adopted relatives to throw herself into a vague future.
Publish Date: 2018/07/24

The end of autumn 2016 was a turning point in Mariam Ibrahim ́s life (Nickname) while she was only 17 years old at that time, after planning for a few months she left through Ras Ijdir (Borders between Libya and Tunisia) soon after escaping the family house which she stayed in, located in Sooq Aljumaa region at the eastern avenue of the capital Tripoli. She fled to Tunisia running away from extreme torture as she described what she witnessed from that family who took her in after her adopted father passed away.

That was the switch of a huge transformation in the life of this girl while she found herself alone in front of a challenge that was beyond her power and awareness of life in a completely strange country for her. 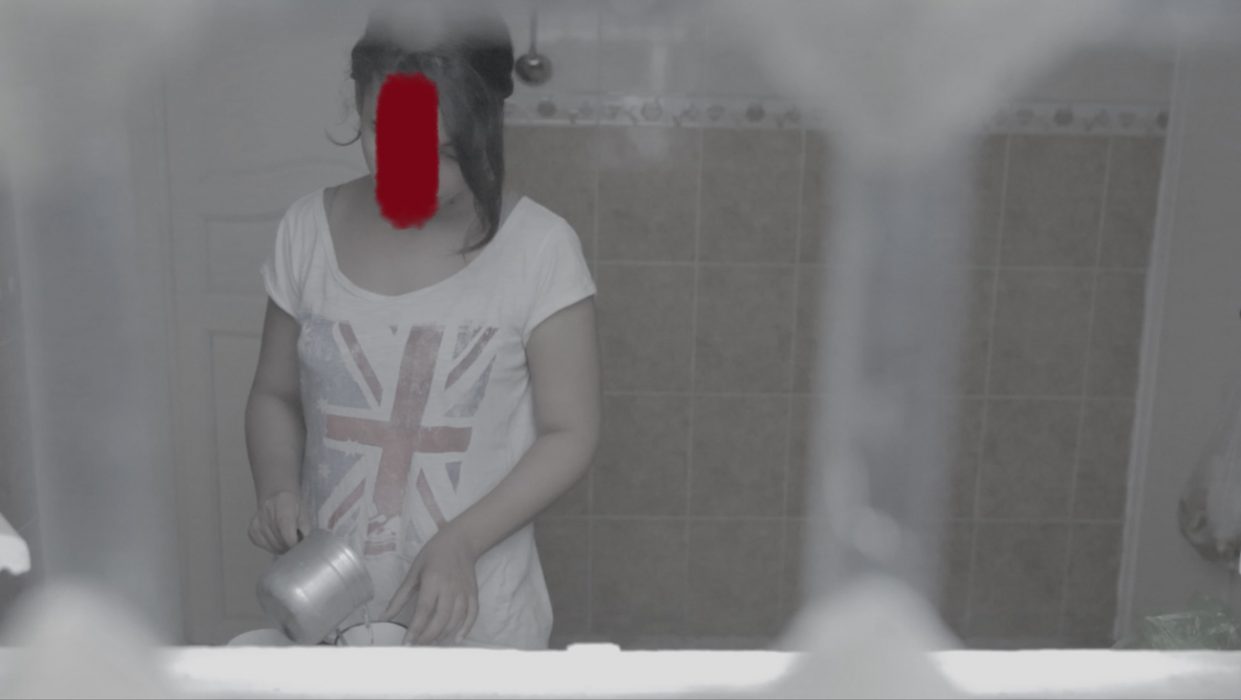 Mariam started her story as a girl with unknown parents born in 1999 so she would find herself in a foster care in "Abu harida" Region in Tripoli, just before a married couple from Sooq Aljumaa region adopted her when she was only one month old.

That's how Mariam described the period she lived with her adopted parents was like, she never felt in her childhood that she was different from her peers, and she didn't know the truth of her being adopted from a foster house the entire time she lived with them.

After she spent her childhood with her parents soon her circumstances started to change initially when her mother died in 2011 and soon after her father in 2012. So she became alone again after spending thirteen years of her young age with them.

Soon later Mariam was told by the family the fact that she was not their biological daughter and that she was adopted from a foster care, a few days later that family gathered (her father ́s relatives) to decide her fate, where they agreed to move her in with her adopted uncle (her mother's brother), because he was the closest to the family and also that it was impossible for them to leave her alone in the family house she was left with.

The family was not happy to host her in, but their feel of social responsibility and the fear of their relative ́s opinion had a huge influence for accepting her.

Adoption laws don't exist in Libya, therefore, no procedures to state moving Mariam to her new family, she was at a young age at the time and she didn't know what to do in such cases, according to the records that she owns she still exist with her deceased parents and had never been transformed or adopted legally with her new family, and that later on caused many issues especially when she wanted to get a national ID during her high school studies.

I spent four years with them, they were the worst in my life... They treated me as their servant

The family didn't hide its resentment of having Mariam among them, since the first days of moving in with her she was treated as a servant in the house. She was forsaken and never felt that she was a member of family, she didn't share their family gatherings nor vacations or even conversations they had occasionally, she was treated as an intruder who was forced upon them by social norms.

After around two years from moving in she decided for the first time not to shush and confront them that she doesn't want to live with them anymore, which they didn't give much interest to and no one cared, so she had to seek for the social services officer in her school in Sooq Aljumaa region “Om Almoaminoon School” and tell her the story of her suffering with the family she lives with. And after her persistence many times she persuaded the social services officer to visit her house so she can check the situation and get her out of there.

Mariam continues telling us what happened that day when she arrived home with the social services officer she looked forward to a suitable solution that would help her to get out of there and find a convenient place to ensure her a decent life. But the result was beyond her calculations, the conversation drove to what Mariam will face in the foster house and all the negatives and assaults girls face there, and as soon as the social officer left Mariam was physically and verbally assaulted, they considered bringing a stranger home unacceptable and offensive to them and their family reputation.

You are a Haram girl (from an unmarried couple), a bastard and a street girl...etc

Mariam says that she was named these insults aside from getting severely beaten that day.

After living for a few years on the same pattern she was in for the last three years and with being close to finishing her high school studies, all she could think of was university halls and how will she be able to continue to study in these circumstances.

Studying was the only relief  for me among this family

Despite the suffering she was facing from being mistreated or the physical and verbal assaults, Mariam refuge to studying and reading since she considers books as her own world that makes her forget the miserable life she lives inside the house.

With this sentence, Mariam described the family reaction when she told them she wants to enroll.

After they refused to finish her studies at university and specifically in September 2016 she decided to run away from this family, because she saw in her staying the destruction of the life she had ambitions for in the future.

With the help of friends she only knew through social media, she was able secretly to extract a passport, and in a short time collect some money for traveling, she left Libya heading to Tunisia through Ras Ijdir Borders in mid-October 2016. After she escaped the house she lived in she had no place else to refuge to in Libya.

I didn't set a place in my mind to go to, I only wanted to get out of the hell that I lived in Libya

After she arrived in Tunisia she didn't know what she had to do since she tried over and over to contact international organizations that were interested in human rights in Libya and especially child's rights considering that she was underage at the time, she was hoping to find someone who would take care of her and provide a decent life as a human who was born alone with no parents, but all these efforts were useless, none of these organizations cared or offered help even.

In a few months from arriving to Tunisia Mariam decided to continue her life, going into the Tunisian community and looking for a job that suited her, with the help of some friends she was able in a short time to work in a communication center which was just a simple job to provide her basic needs such as food and shelter in Tunisia.

I only work to survive in Tunis... I was not able to get an opportunity to continue my studies and achieve my dreams but I am still trying

Today and after more than two years leaving Libya Mariam still lives an unstable life in Tunisia, and despite the financial challenges she still considers that her greatest victory is getting her personal freedom which is again she would've never got with that family.

Mariam is a pseudonym, her real name has been reserved on behalf of her will.