Libyan Remains with no trace

Everyone is aware of the extent of the flagrant violations that are taking place recently in Libya to the Libyan remains, and in return, there is no sign of any clear international or domestic reaction. This article reviews a number of deals made by some of the Libyan antiquities and antique merchants electronically and on social networking pages
Smuggling
/
Publish Date: 2017/12/30

The phenomenon of smuggling Libyan monuments and remains is not recent, rather old and rooted in many mafias of regional and international relics, where Libyan archaeological sites became the first direction for them and the foreign pirates who visit these sites for the purpose of exploring and searching them. This phenomenon caused the maximum increase in the value of demand and supply in the smuggling market.

Many smugglers are targeting Libyan archaeological sites along the Libyan coast overlooking the Mediterranean Sea to locations in the center and far south of Libya for trading outside the Libyan border. According to the Libyan Monuments Authority, which said that there is more than 50 museums in the world own a stolen monuments from Libya, these include Greek, Roman, Byzantine and Islamic coins, as well as hundreds of Greek and Roman statues and sculptures, clay figurines and dozens of glassware, plus more than 1,000 Greek and Roman pottery and 25 cups of Panathini trophies that were awarded during the Athenian games.

Social media play an effective role in passing products, including monuments. Elbiro team has monitored secret groups on Facebook where Libyan monuments are publicly displayed. This is shown with auctions by Libyan and other national clients, with different delivery methods offered by traders to their customers.

If the libyan monuments authority is interested to purchase from us, please

A comment made by a trader (Ahmed) who displays nearly two thousand pieces of gold jewels and confirms to his customers that the gold made from these pieces is old, genuine and difficult to imitate, while he does not hesitate to provide more based on his customers' request for certain types and forms.
As for the trader, (Abdel-Fattah) says, I do not care who will buy the goods, even if they are Jews. What is important is that they are able to pay for it and that these monuments are in Jabal Nafusa and they have the right to trade them. But only in the presence of a Sheikh (Religious Islamic man) or a fortune teller to remove some talismans and curses because most of the sites are haunted (as he put it).
He adds that he can deliver the goods to the mountain, through the Tunisian-Libyan border crossing or through Istanbul airport, and that traders prefer to deal with alabaster, gold and silver coins since it is more practical and higher in material value.

Prev
Next
Prev
Next

The bell of danger

We have no ability to deter monument dealers

This is what the head of the technical affairs department in Tripoli, Mr. Ramadhan al-Shaibani said, he continued that the Monuments Authority cannot take any deterrent reaction to these traders despite our follow-up to these public transactions on Facebook. The matter, despite its seriousness, I personally submitted a report to the Attorney General's Office, it’s beyond control how our history is sold everywhere in the world.
Al-Shibani adds that the confusion in the smuggling of some of the pieces that its weight exceeds tons and the size of the statues like the one found in Switzerland a while ago, which is as big as a human being, but in contrast there are traces and rare pieces like some coins can be smuggled into a trouser pocket, so they are the easiest and common pieces to be smuggled in all kind of country borders.
Shibani also confirms that many of the Libyan cities were looted and stolen, but most of them are unmonitored cities and suburbs, such as Mount Nafusa, which is subjected to illegal work of digging and exploration where many groups ransacked Roman and Greek tombs there.

The Libyan monument Authority in Tripoli confirms that many of the monuments were auctioned for sale in wealthy people's homes around the world after being smuggled out of Libya in 2011. Where a number of looted remains were reported outside Libya in Switzerland, London, Paris, The US, Tunisia, Egypt and Israel, and stolen pieces from Libyan museums and warehouses, where some pieces were stolen as a result of illegal excavation.
There are registered Libyan monuments under a serial number and once found anywhere in the world can be claimed by the state to recede, but the pieces smuggled through exploration and excavations cannot be claimed because they are not registered and has no fixed ownership of Libya in exceptional cases such as marble statues Which belonged to Percivali, the wife of the death god, found in Switzerland, where Libya's ownership was recognized because these statues were carved only in the territory of Qurena.
In Israel, there are four looted Libyan head statues and another statue of a hand, but so far we have not retrieved them for diplomatic reasons.

There is no diplomatic representation between Libya and Israel, it was agreed with UNESCO to hand over the looted Libyan monuments there

In France, a marble sculpture was recovered from a collection of stolen horses statue from the city of Shahat. Also in London, the Persephone statue was recognized as stolen from Libya and sold for in one of London's auction halls. The court ruled for its return to Libya as soon as the situation is stable in the country and it is now in the British Museum.

Shibani explains to us the mechanism of the Libyan Monument Authority in retrieving looted pieces, where it registers its assets from thefts within the Department of Lost and Exploited, and is reported by INTERPOL International Bureau, where the information of these pieces is posted on the official website of INTERPOL, Other pieces which lack its information are still under process of reporting then to INTERPOL.
Locally, the loss is reported by the police or tourist police and Monument protection stations. A report is issued informing the International Criminal Police Bureau (INTERPOL), which transmits it to the head quarter of INTERPOL, and is circulated to all countries in the world until it is retrieved as soon as it is found.
Al-Shaibani says that law No. 3 of 1995 on the protection of monuments, museums and ancient cities indicates that trafficking historical pieces is prohibited, but that the list of sanctions needs to be amended because they are not deterrent enough.

In the 1990s, most museums were looted because of borders opening with neighboring countries. Among these robberies is the Museum of Tukra, Talmitha, and Sirte, in addition to the three major museums such as the Saraya Museum Alhambra, Sabrata and Shahat museums.
In addition, more than 150 artifacts were stolen from the US Mission Archaeological Museum in 2000, where we were able to retrieve some of them from Germany and Switzerland. After 2011, Hadar said that the most important thefts were the Benghazi Treasure, which contains more than 10,000 Pieces, mostly Roman, Greek, classical Byzantine, and a few Islamic coins, as well as 113 pottery artifacts, lamps, and ash preserving pots of the deads stolen from Bani Walid Museum.
Hadar continues to say that Misurata Museum was also exposed more than once to theft and looting and the Sabrata classic museum which was also exposed to a burglary on 23th of February 2013, and 5 pottery vessels were stolen from the Red Mosque of Soussa Museum in July 2011.

Al-Hadar added that the Libyan monument Authority is making a great effort to retrieve the Libyan monuments by reporting them internationally and conducting extensive investigations by the security authorities and that it is continuing with many international organizations and INTERPOL to report these effects. If any Libyan trace is discovered, In all countries around the world. We also follow up with the security and judicial authorities in these countries and follow the Libyan monuments in the international auctions. Some wealthy foreigners cooperate in a friendly manner to inform us if there are any auctions inside the art galleries abroad to display these pieces to be retrieved quickly.
In the same context, Colonel Ahmed Abu Bakra, spokesperson for the judicial police, confirms that there are no cases registered inside the prison on charges of smuggling or trafficking in monuments inside official state prisons, adding that the prisons of the special deterrent forces have many cases of trafficking of monuments and smuggling, In contrast, these forces have no priority to protect the monuments and arrest its abusers. 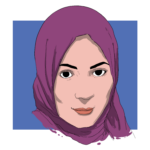 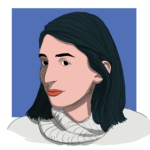