Hani Al kut “special kind of artists, he was known for his deep understand for western music” his passion to it and especially rock music, so he was the link point between two generations where circumstances made them lean years, during so this type of music was forbidden which made it an outsider.
Publish Date: 2018/06/06

to me, music is not just a hobby but rather a very special mindset

These were the words of the Guitar player “Hani Al kut” before he starts his conversation with us describing his passion for music, the rhythm of these words were a mixture of resemblance and bitterness, where he started expressing his annoyance stating that this kind of music has no audience where they truly understands the concepts and ideas the song trying to send. 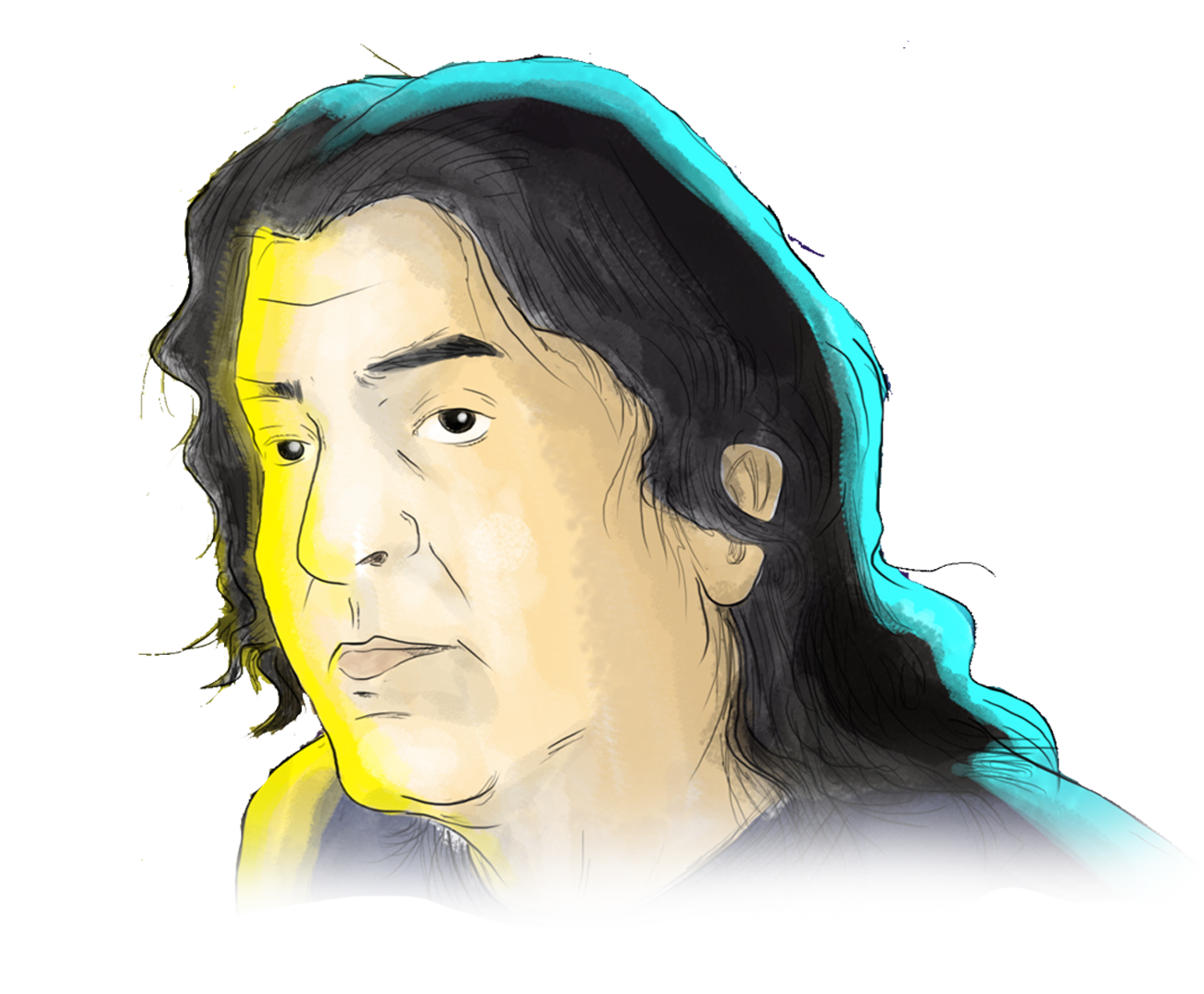 Hani Al Kout was born in a supportive family to art, an abyss of travel and unique in a strong friendship with leading musicians and artists in Libya and abroad. So there is no surprise that his character was influenced by Western music such as John Lennon and others, which led him to learn to play Guitars from an early age and to participate in many concerts, such as Spain and Greece. His youth was a difficult period between the two old generations, Nasser Al-Mazdawi, and Ahmed Fakroun and the modern young generation. He resisted and played in conditions of technical stagnation and a policy that was like a black beast devouring any Musical instrument and discard any emerging artist who wishes to engage in rock or blues.

Passion is the secret of beginning

I started my career in the mid-1990s when I came back to Libya, he says. Western art was not widespread at the time. Most of the Western musicians were confined to some concerts and private gatherings.

It was when I first met a group of old-age musicians at a special concert, during which I embarked on my artistic career with this group, they were a group of Western-era art lovers who were condemned by the circumstances to stay away from the public. and I think that influenced their understanding of Western music greatly.

I participated in several private concerts in Libya with the beginning of the new millennium for some foreign companies in some hotels or corporate headquarters. In 2008, was the first public concert at the Ben Salim Theater in Tripoli, which was the first of its kind since the ruling regime banned the practice of Western art in public.

After 2011, my activity in Libya declined for several reasons, most notably the security conditions in Libya and the domination of extremist groups that do not like art in general, let alone rock music. This is why I started playing abroad because of a more comfortable environment. Today I became one of the most famous musicians on the Tunisian island Djerba and other cities.

A journey among generations

Al-Kout says that the end of the 1970s and early 1980s was one of the most difficult periods in the history of Western music in Libya. The acceptance of the street was very difficult. The music of Marskawi and Al-Riqi was unique to people, which later on became the only icon of music known for the Libyan people.

I respect all arts, but it bothers me to politicize a particular art at the expense of another

The uni-government policy also contributed to the art industry of that period. The fear of the musicians had greatly affected the rise of a certain artistic category at the expense of another, which caused the migration of many artists such as Hamid Al-Shaeri to Egypt, Fouad Al-Bashti to London and Jalal Turki and others.

In addition to the country's arbitrary policy towards art, there is the lack of funding from public and private sectors, which led to the transformation of many rock and blues teams in the 1980s and 1990s to theatrical teams (wedding music and event halls). By converting their composition to other music desired and demanded by the public.

The Libyan street was not much prepared at the time to accept this type of music because it was soon overwhelmed by the music of Al-Naja, which created the permanent model for Libya globally. Where it became the only genre in Libya and we can not export other kinds of music.

Hani adds that the Libyan musicians had faced many challenges that diminished the dynamics of their training and their musical practice, whether in the music academies or in public concerts, which made their gatherings prohibited and outlawed. In all this, rock musicians and those interested in Western music in Libya only gathered in their homes to swap songs and re-memorize them.

We, as the seventies generation, and the one before us also suffered great injustice in all aspects, both in terms of political and social norms as well as the lack of knowledge of Western music, which was caused by the state's closure of different musical cultures.

Independence and self reliability

Knowledge is the first and best way to achieve your goals, so Hani describes his experience of self-reliance in almost everything. In recent years, he has tended to personal production instead of working in groups or teams that may not create a good working environment. He created covers and songs by himself inside his home in Tripoli and work on the processing of a mini studio to practice his music. He also worked hard to learn many of the complex audio techniques on the Audio Interface that he bought only to produce a complete work.

Al-Kout produced his first song I Wish, which was a hit in Libya and won first place on Radio Chart in Birmingham, England, it was also admired by many critics and rock fans.

The absence of musical teams that mastered western music color that matched my musical character made me rather work in temporary groups instead of working with a permanent band so that I could offer more satisfactory music to the audience, either by choosing songs or words.

Music is a non-winning deal

I am not trying to profit from music. to me, Music is profit

In a quick sentence, Hani said that music is not a trade. I can not make music as a profession and a deal I sell to be a source of income for myself or my family. I am a computer engineer and I can work in my own filed without the vulgar promotion of myself and the type of music I play, I rather dump music than to trade with it.

Here we stopped at his sentence and insisted that music was a mindset and not just a commercial product or a commodity. He says in order to carry my guitar and deliver the right and desired word, but to convey a philosophy that contributes to the taste of young people and any Libyan listener. Unfortunately, this is what has happened and is still happening in Libya. Many people are trying to trade in a certain art for guiding and political purposes because art is the first tool to resist peacefully in light of the deterioration of countries.

Many rock and metal musicians in the Middle East and North Africa are often criticized for their loud and incomprehensible music, as well as for the strength of music and group performance. The situation in Libya is not very different. Many young Libyan musicians are addressed in a skeptical way In their religious and intellectual beliefs. Al-Kout follows that this type of discourse

is always exposed to him especially on the media platforms, the majority of which devalues the rock artist in one way or another either religious argument or the pretext of social custom that does not accept this type of music.

The artist is without a passport because it can not be classified according to nationality, religion nor color, the artist is only human

Hani says that many, including me, are directed to offensive words and phrases as you rock musicians are worshipers of demons !. And other abusive statements and this, unfortunately, causes a progressive reluctance to introduce our music to Libya.